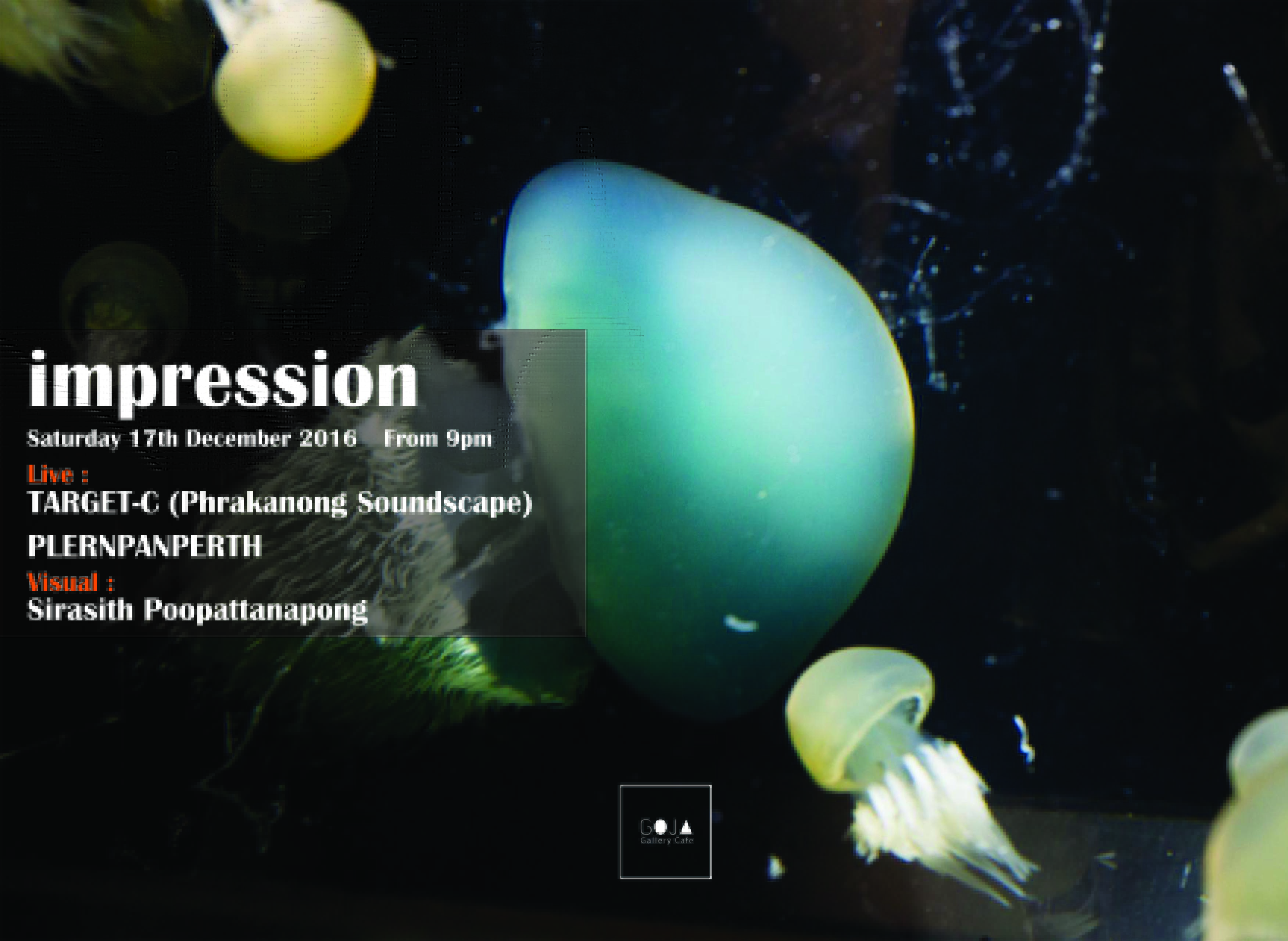 Born in 1990 in Bangkok. Began making songs with his window XP computer in high school. Recording, manipulating and composing with his voice and various software. In 2015, PLERNPANPERTH released the debut mini album ‘Hidden Home’. In 2016, He play improvisation in ‘Asian Meeting Festival 2016′ with various music artists around Asia in Tokyo,Kobe and Kyoto. He also premiered a live soundtrack to Apichatpong Weerasethakul’s 2015 short film ‘Vapour’ at the 20th Busan Film Festival.

TARGET-C (Phrakanong Soundscape) A Japanese beat maker based in BKK. He makes sample-based Boom Bap Hip Hop beats with an AKAI MPC, Roland SPs, and Ableton Live. Producers like Pete Rock, Madlib, and J Dilla inspired him to get into beat making. This guy performs live with the Roland SP.

Sirasith Poopattanapong aka Sirasith Visual or Tung. Born in 1994 in Thailand. He began studying to create Digital Visual Art by himself at 21 years old and studying Visual Arts at Silpakorn University in Painting major. He have been mesmerized by synchronizations of sounds and images.Since the end of 2015, He begins his works the DJ community, mostly in MELA groups as VJ and got a chance to do live visual at the Lush Bangkok Music Festival as VJ. He did visual stage and did live visual in Singha Light Live – Of Montreal live in Bangkok on August 9, 2016. He also usually work corraborate with PLERNPANPERTH aka Pete in part of his live show.
FB: Sirasith Poopattanapong
FB Page: Sirasith Visual
IG: Sirasith_Visual